Play it better on Android

Makruk or Thai chess, is a board game descended from the 6th-century Indian game of chaturanga or a close relative thereof, and therefore related to chess. It is regarded as the most similar living game to this common ancestor of all chess variants.

According to former world chess champion Vladimir Kramnik, "Makruk Thai is more strategic than international chess. You have to plan your operations with total care since Makruk Thai can be compared to an anticipated endgame of International Chess."

The variety of chess played in Cambodia, called "Ok" (Khmer: អុក) or "Ouk Chatrang"is virtually identical to Makruk, with a couple of minor differences. 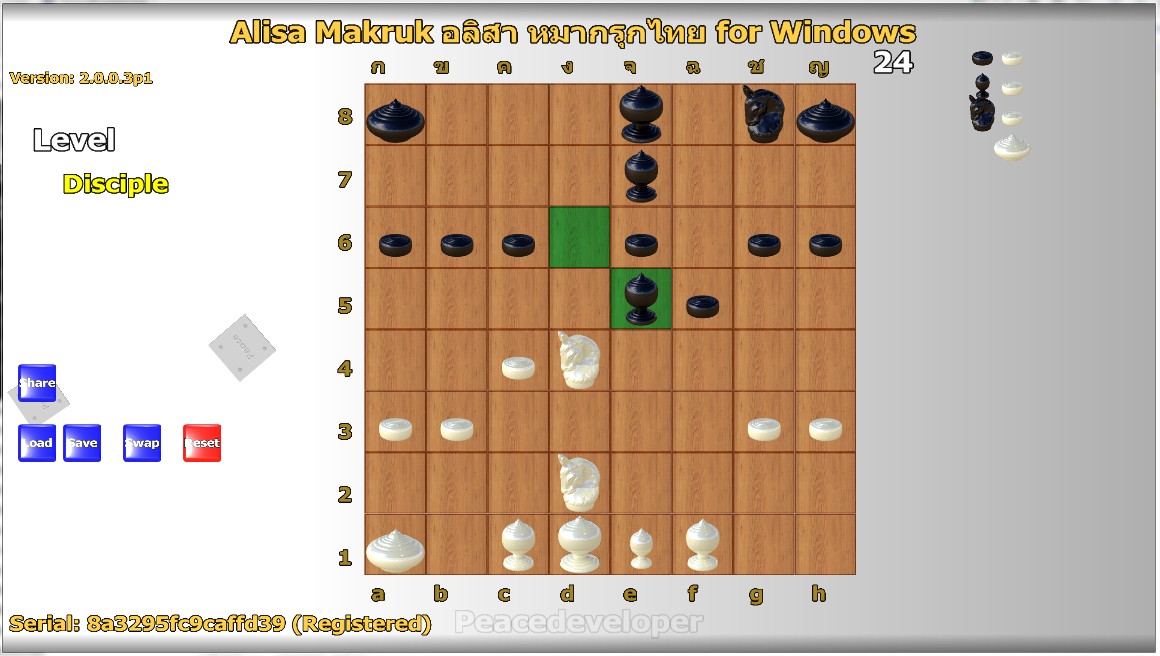 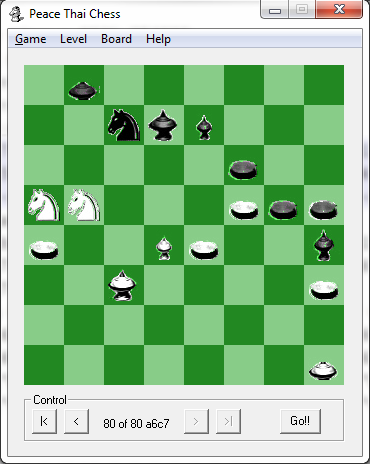 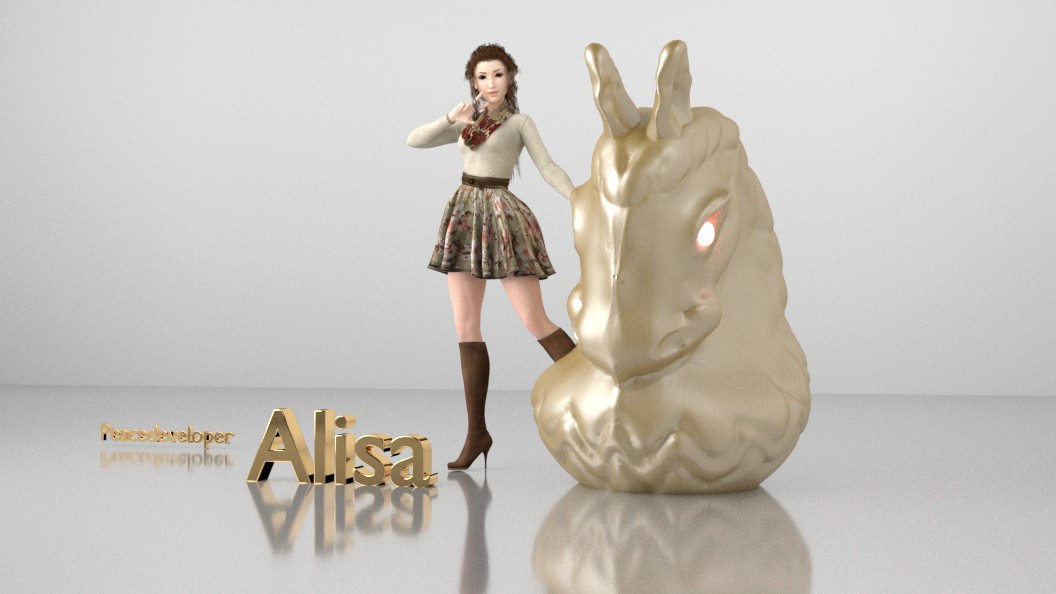 Use this link to replay your game.